A master’s thesis entitled Intertextuality in Andalusian Prose in Fifth and Sixth (Hijri Centuries) was discussed in College of Arts, Al-Iraqia University, Department of Arabic Language.

The thesis presented by postgraduate student (Aseel Salem Mesirali) aimed to study the intertextuality in Andalusian prose in fifth and sixth centuries AH, as a contribution to the dissemination of great heritage of the nation and its scientific and literary standing in that important era, and to show the extent of its influence on Andalusian prose texts, their language and structure, which gives the intertextuality aesthetic dimensions and heritage value, by standing at Some forms of intertextuality: religious, historical, and literary. 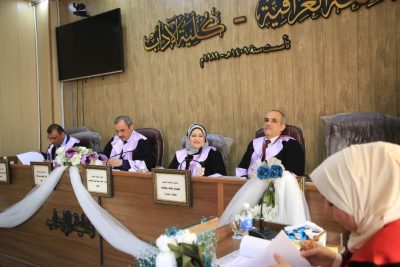 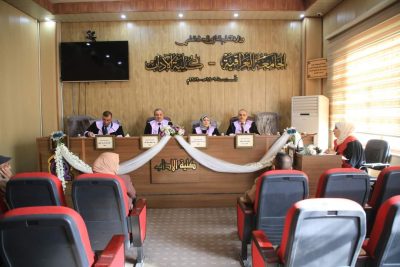